The University Glee Club will perform their 2017 Spring Concert Blowin’ in the Wind on Sunday, May 7th at 4:00 p.m., at Bethesda Lutheran Church, 450 Whitney Ave. New Haven.

The concert will feature a variety of music selections including: 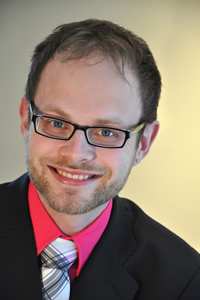 Lars Gjerde, from Aure, Norway, earned his doctoral degree in organ performance with Profs. David Higgs and Hans Davidsson at the Eastman School of Music in Rochester, New York, where he also received a masters degree and the Sacred Music Diploma.

Lars received degrees in music and German from Augustana College of Liberal Arts (Sioux Falls, South Dakota) and the Edvard Grieg Academy of Music (Bergen, Norway). At Augustana, Lars served as the Chapel Organist, sang with the concert and chamber choirs, and accompanied choral and opera ensembles.

He was Organist and Choir Director at First Methodist Church in Bergen, where he also sang with the distinguished Bergen Domkantori under Magnar Mangersnes.

Lars has participated in academies and performed around America and Europe, and he has played on the National Public Radio show Pipedreams!

Lars is Director of Music at Bethesda Lutheran Church in New Haven, Connecticut, where he is also chapter dean and regional convention coordinator for the American Guild of Organists.